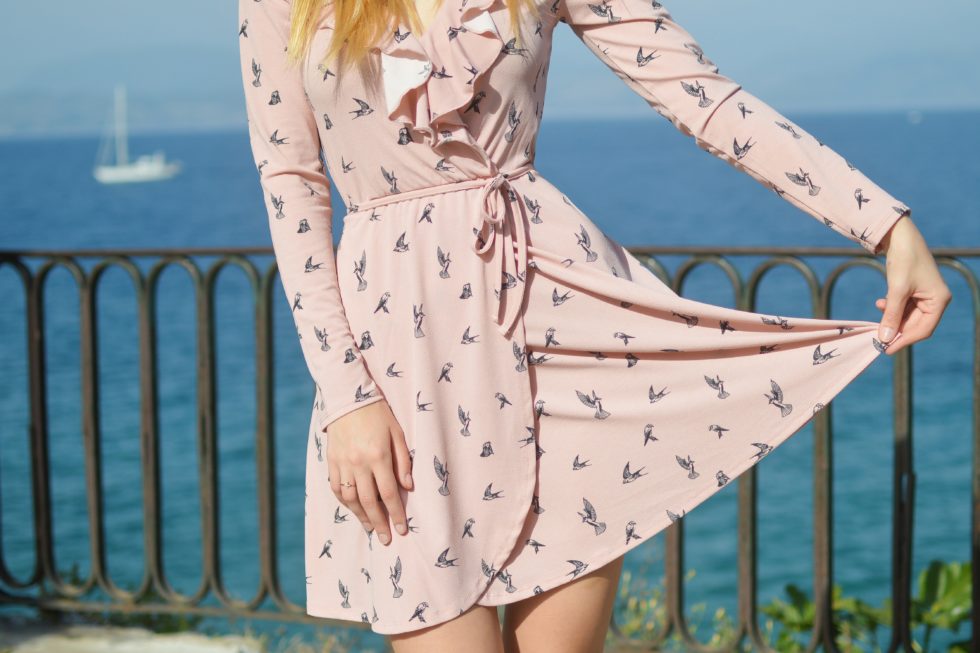 Endometriosis 101: What It Is and What You Can Do About It

Endometriosis is a reproductive disorder affecting as many as ten percent of menstruators of reproductive age. It is a leading cause of infertility; 25 to 50 percent of women struggling with infertility may have endometriosis. But, despite its prevalence, it takes an average of 9 years—9 years!—for women to receive a correct diagnosis of endometriosis from the initial onset of symptoms.

But how many individuals with endometriosis-like symptoms don’t know what endometriosis is or that they may actually have it?

In brief, endometriosis occurs when the tissue that lines the uterus each month in preparation for conception and pregnancy, grows outside the uterus instead of inside of it.

This is a problem because, when endometrial tissue grows in the uterus where it is meant to, it sheds and leaves the body every month through menstruation. Tissue grown outside of the uterus has nowhere to go, and so, over time, this tissue hardens and forms adhesions known as endometrioma or “chocolate cysts” (the color resembling dark chocolate).

In most cases, endometrioma lesions develop on the exterior of the uterus and fallopian tubes. But, they can also grow on other internal organs in the pelvic cavity like the bowel and rectum. In rare instances, endometrioma can even be found in other parts of the body such as the lungs.

It is important to remember that endometriosis is a complex condition. 20-25 percent of women with endometriosis are completely asymptomatic.

It’s also important to note that the symptoms listed above may indicate endometriosis, but they may also be unrelated to endometriosis, and can occur separately from endometriosis. This is part of the reason that endometriosis can be difficult to diagnose.

There is a lot of conflicting information across the medical community, holistic/functional wellness community and scientific research regarding the best way to get an accurate diagnosis.

Founder of the Integrative Women’s Health Institute, Jessica Drummond, recommends having diagnosis conducted by a skilled excision surgeon who can evaluate you prior to surgery to determine whether or not it is necessary. She recommends this resource to find a qualified surgeon.

Your care provider may also recommend imaging techniques such as ultrasounds and MRIs to diagnose endometriosis. The benefit of these diagnostic tools is that they are significantly less invasive and more cost-effective than surgery. Unfortunately, limited resolution and the variability of endometriomas makes it difficult to provide a diagnosis through imaging. The one exception may be the diagnosis of ovarian endometriosis via transvaginal ultrasound, when performed by a skilled technician.

Something to consider: On a recent Fertility Friday podcast episode about endometriosis, Melissa Turner, the founder of Endo Empowered, states that you do not necessarily need an official endometriosis diagnosis to treat and manage your symptoms holistically. Ultimately, whether you feel that you need a concrete diagnosis of endometriosis or not is up to you. (Caveat: if fertility is an urgent concern, you may wish to confirm or rule out endometriosis with laparoscopic surgery sooner rather than later—but still, the choice is yours!).

Doctors and researchers are still working on this! The newest research indicates that endometriosis is very similar to autoimmune disease. Autoimmune disorders occur when the immune system attacks healthy cells instead of foreign cells. This suggests a connection between endometriosis and chronic inflammation.

There are other theories as to the cause of endometriosis. Genetics certainly play a role. Women with a family member with endometriosis are up to ten times more likely to suffer from the condition themselves.

Because the true causes of endometriosis are not well understood, treatment options remain limited. In the conventional medical community, surgery and hormonal suppression are the two primary methods of managing endometriosis. There is no curative treatment available at this time.

I have limited experience with other conventional treatments, but will provide a brief overview below:

Danazol is another prescription medication that acts on the endocrine system to suppress ovulation and the growth of the uterine lining. Danazol contains androgens, a group of male-associated hormones such as testosterone, and unwanted side effects include growth of facial or excess body hair, deepening of the voice, sweating, acne and vaginal atrophy. Similarly to hormonal contraception, this decreases symptoms without addressing the root cause. Recommended use is only for up to nine months and symptoms are likely to return when the drug is no longer being taken.

There are other hormonal suppressants that your doctor may prescribe, which I am less familiar with. Ask your doctor how they work on your endocrine system to provide relief.

Surgery is the other pillar of treatment in the medical community. According to IWHI founder Jessica Drummond: “If a woman is diagnosed with endometriosis, having skilled excision surgery may be essential to preserve her fertility, even if the pain is relieved by less invasive measures. In short, surgery may be optional for pain relief, but it’s not always optional for fertility preservation.” (Full article here.)

It is important to note that endometriomas can recur after surgical removal. In one study on ovarian endometrial lesions, about 8 percent of women required a second surgery within four years. Having had a previous endometriosis-related surgery and having Stage IV endometriosis indicated a higher recurrence of adhesions.

As previously stated, endometriosis is a complex disorder with various moving parts. Simply taking some supplements and eating “cleaner” is not a systematic enough approach to address the condition and achieve results. Additionally, every individual’s system is different and endometriosis presents differently in every body. This is why I recommend working with a functional medicine practitioner, or specialized women’s health coach or endometriosis specialist in conjunction with a general health practitioner. Getting tailored support can be critical to successful outcomes!

That said, there are several holistic strategies (covered in brief below) worth investigating:

Gut health issues and endometriosis are strongly correlated. Furthermore, without a strong digestive system that is able to process and assimilate key nutrients, healing is difficult to achieve. Health begins in the gut!

Due to stress, overuse of antibiotics, medications like the birth control pill, consumption of alcohol and caffeine and an overly processed diet, many people are susceptible to what is known as Leaky Gut Syndrome. The lining of the intestinal tract is just one cell thick, so with overexposure to stress and the wrong foods, that one cell lining can erode. This allows partially digested food particles and toxins to leak through the intestinal tract and into the body cavity. This can trigger chronic inflammation which can exacerbate endometriosis.

In a recent post on endometriosis, period expert Nicole Jardim refers to research on the role of lipopolysaccharides (LPS). LPS can also travel through a compromised gut lining and affect the immune system.

Identifying the gut issues at hand and resolving them is a multi-step process. Identifying and removing trigger foods, and introducing and supporting good gut bacteria is the easiest place to start without the guidance of a health professional. I recommend taking a probiotic supplement such as Dr. Ohhira’s Essential Formulas nightly before bed. Depending on your particular gut issues, targeting with specific probiotic strains may also be beneficial.

A hormonal imbalance known as estrogen dominance is highly correlated with endometriosis. Estrogen causes endometrial cells to grow, exacerbating endometriomas. We are exposed to vastly more estrogen in our modern lives than our ancestors were even fifty years ago. Consuming processed food, alcohol consumption and carry excess weight all support estrogen production. Additionally, xenoestrogens from genetically modified foods, hormone-laden meats, excess hormones for birth control pills in our water supply (filters do not remove estrogen), and the use of plastic containers all contribute to higher estrogen levels.

Removing processed foods, eliminating conventional dairy and meat from the diet, reducing exposure to BPA and other environmental estrogens, and supporting the liver and system of detoxification are all important factors for reducing estrogen levels. Cruciferous vegetables contain di-indole methane (DIM) and sulforaphane glucosinolate (SGS) that help the liver with detoxification. Both can also be taken in supplement form. (Recommended: Thorne Crucera SGS)

I recommend taking Estroblock, a supplement with DIM in it, for up to three months after taking hormonal birth control for a long period of time to help with the excess estrogen (only after going off of the birth control).

Calming the body’s inflammatory and autoimmune response is essential for relieving pain and other symptoms of endometriosis. Restoring gut health is the first step to reducing inflammation and boosting the immune system. Specialized diets such as an anti-inflammatory protocol or low-FODMAP diet can be helpful.

Targeted nutrition can also provide a boost. Turmeric, is a medicinal spice with incredible anti-inflammatory abilities. It may even help to prevent against cancer and Alzheimer’s. You can sprinkle it in smoothies, soups, or on salads. If you prefer, you can also supplement with curcumin, which is the active chemical compound in turmeric.

Omega-3 fatty acids are also powerful anti-inflammatory agents. Hempseeds, chia seeds and fatty fish like salmon and mackerel are all high in omega-3’s. You can also supplement with a fish oil, or flaxseed oil (if vegan, otherwise fish oil is preferred).

Stress exacerbates estrogen dominance by limiting the body’s ability to make progesterone due to a biological phenomenon known as pregnenolone steal. Stress also suppresses the immune response and reduces the amount of NK cells that circulate in the body.

Negative thoughts and self-talk can also translate to changes in biomarkers in the body that can aggravate endometriosis. Establishing a support network and stress management techniques can be important steps on the road to thriving.

Remember that you are not alone, and that with tailored holistic support for your system, you can manage and significantly reduce your endometriosis symptoms naturally.