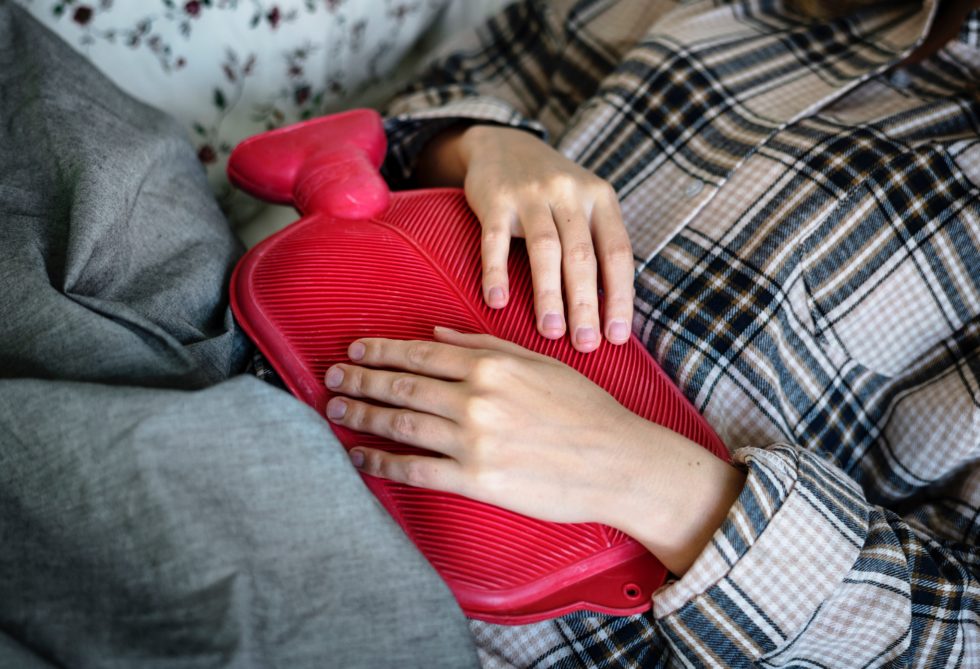 Does CBD oil work for period pain? There are tons of new CBD oil products, which are distilled from cannabis, entering the market, and given the longstanding use of cannabis for pain management, it’s not surprising that many people are turning to it for period pain. Whoopi Goldberg and Maya Elisabeth developed part of their cannabis product line for just this purpose.

The first recorded use of cannabis for pain management dates back to 4,000 BCE, when it was used as an anesthetic during surgery. It has been used for treating a number of disorders including malaria, rheumatism, and pain, and was widely prescribed by physicians during the 1800s. Queen Victoria of England, was allegedly prescribed cannabis for management of her menstrual pain by one of her doctors.

Recent studies have shown that cannabis is effective at managing neuropathic pain, as well as pain associated with multiple sclerosis.

What exactly is CBD oil?

“CBD” is shorthand for cannabidiol, which is harvested from the resin of cannabis (marijuana) plants, or extracted from hemp. This CBD is often blended with another oil like MCT oil, which is derived from coconuts. CBD oils have a THC (tetrahydrocannabinol) content of less than 0.3%

This is important because THC is the psychoactive component of cannabis that results in the “high” marijuana users experience. THC is regulated and not legal in all fifty U.S. states. CBD, on the other hand, is legal to use in all fifty states.

How does CBD oil manage pain?

Studies on the use of cannabis for pain management have shown that the interaction between ingested cannabinoids and the body’s endocannabinoid system works to alleviate or reduce pain. There is an anti-inflammatory effect as well as interaction with the body’s neurotransmitters. Since the uterus also has CB1 and CB2 receptors, it follows that it would also be effective for period pain as well.

It seems that the anecdotal evidence is overwhelming for the use of cannabis in managing menstrual pain, but I could only find one contemporary study that looked at the manipulation of cannabinoid receptors to relieve pain associated with endometriosis, and found it to be effective.

Of note, many of the studies on using cannabis to manage pain use both CBD and THC. One such study found that formulations including THC were more effective. However, another study did find that CBD on its own was effective in reducing pain response (albeit in zebrafish larvae!).

The case for CBD oil

For those of us living in states without dispensaries where CBD/THC formulations are readily available, it seems that CBD oil for period pain alone is still worth trying.

Period expert Nicole Jardim recommends the use of CBD oil for managing period pain and uses it herself. (Full disclosure: I did a good part of my training with Nicole. Some might say that makes me biased, but it really just means I trust her opinion!) You can read her post referencing CBD oil here. She states that friends and clients using CBD oil see results in about three months.

There is also little downside. CBD oil alone may also help to regulate acne through its anti-inflammatory properties. It may also help to protect your brain, reduce Alzheimer’s and decrease anxiety and depression.

As far as side effects go, studies have shown a chance of dry mouth, dizziness, drowsiness, changes in appetite, diarrhea and/or constipation and for some, CBD may make anxiety and depression worse instead of reducing it.

Also of note, CBD may interfere with the processing of other medications. As always consult your doctor before adding any supplement to your regimen.

Where to buy CBD oil

If you’re in New York City, you can drop by The Alchemist’s Kitchen.